Larval Subjects has another great post up, which follows on from a great set of posts from Graham Harman on the status of fictional objects in object oriented philosophy (or object oriented ontology [ooo]).

The worry I have with Harman’s distinction between real and intentional objects is that none of the entities listed above seem to fit his model of intentional objects. Whether or not something is money, whether or not someone is a college graduate, a president, or a king is not the result of an intentional relation. I cannot make something money by intending it as money, nor can I make myself a king by intending myself as a king. I am not claiming that these collective objects are not dependent on the existence of humans. I am perfectly happy to concede that without the existence of human beings none of these entities would exist. The existence of human collectives, in other words, is a condition for the possibility of these entities.

I’ll first add that I think this is what is the best part of reading philosophy in blogs: the concision that Harman and Larval Subjects bring to this subject would probably play out over endless pages in a book, or worse, a series of crossing footnotes from different books that you would have to put together. And both of these writers are particularly good at it. (Though I think it is LS who is more likely doing an ontography and Harman who is doing an onticology, strangely enough, but that’s for another post.) Secondly, I’ll make the obvious point that the problem here is a possible equivocation over the word “intentional.” This is not what Husserl means by “intentional” objects (and I’m grateful to Harman for time and again emphasizing what he rightly claims is one of Husserl’s central insights). In this sense, it is as much “intentional” as “unintentional.” But the question of “dependence” is important to raise, since this would simply make this a lesser substance, as Descartes and, before him, various scholastics, would claim, namely a quality of the cogito dependent on the latter for existence. But that doesn’t seem quite right either (not least for a democratic onticology).I guess I would want to read how we can introduce “dependence” without the hierarchy of previous ontologies. That’s the first question.

Let me put this another way, which is another way of returning to a discussion on OOP last week about the question of relation, since in the sense the LS discusses it here, there is no object that is not dependent, which is to say, related to other objects, a point LS has made in other ways in recent posts. That’s not exactly a profound point for me to make, but it’s helpful, since money  for example is invented and then completely disrupts the assemblage known as human beings. LS makes the point that both LS and OOP have relations of objects, but with a different status given in that relation as part of his answer to this. Which would bring me to ask the question about language and symbols, where one could spend forever get tripped up with notions of dependence. 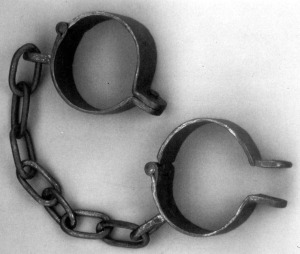 Which then leads me back to Husserl and intentional objects. Now, I think it’s clear than any OOO needs to make the distinction that Husserl refused, namely between “intentional” and “real objects,” which Husserl believed could never be distinguished rigorously. (No life world for you, SR.) Now, to make a quick point before leaving this post for now, “intentional” objects are “independent” for Husserl in several key senses that are well known. (Who, for example, would intend pain?) And here I realize that LS means dependence simply on the fact that money or whatever is an artifact. But all objects, it would seem to me, involve an independent/dependent “parallax view,” if we can call it that: all of us are dependent on the object (and what an object!) of the Big Bang, to take the extreme example. The question then returns to the status of all of these entities and I’m not sure this gets us further. So I fear the word dependent…